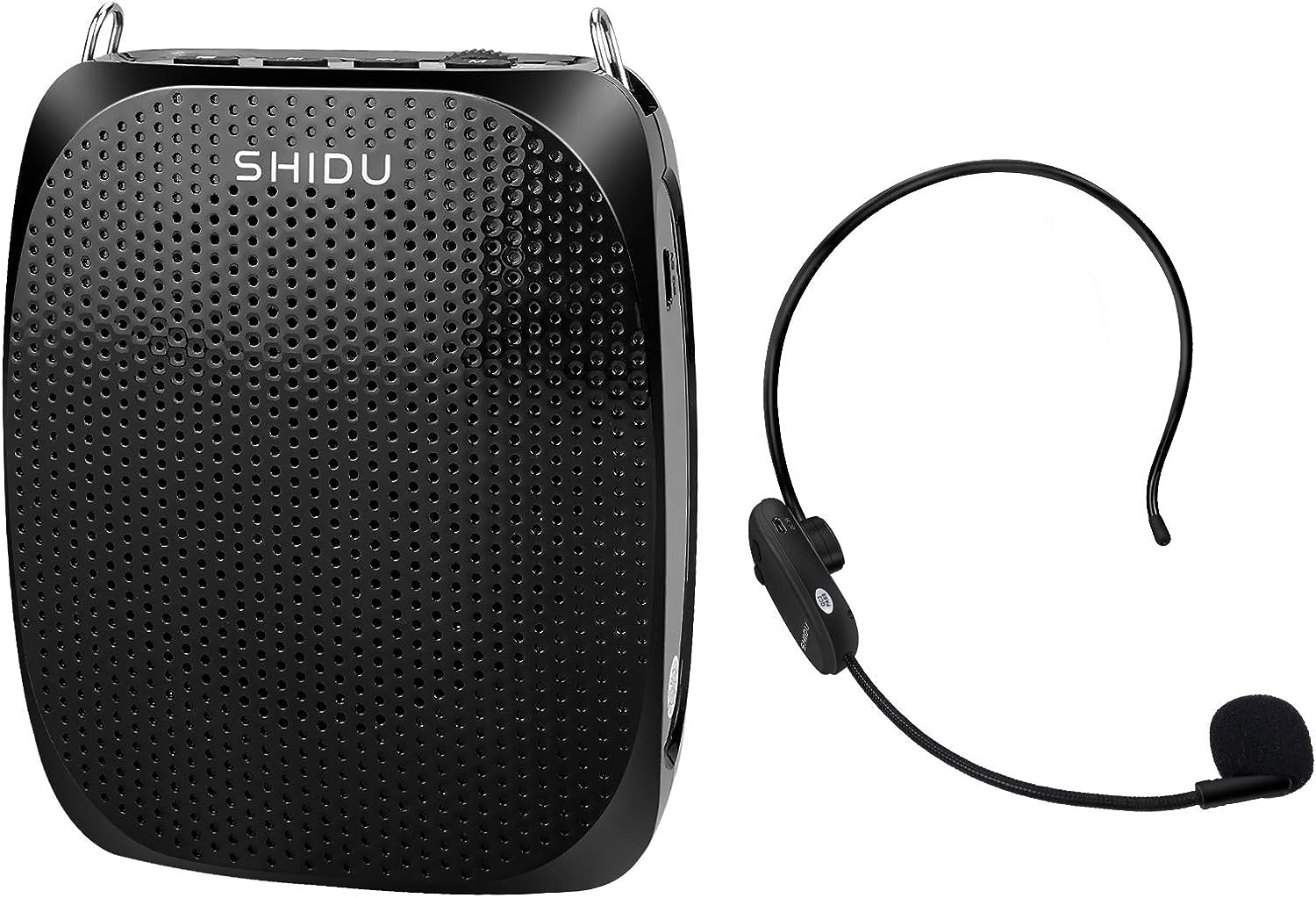 AUS-RT-S615--Wireless Voice Amplifier with UHF Microphone Headset,good Ideal for people with low voice and difficulty, so you don't have to yell to protect your throat.

For ensure better amplification, aim at the headset MiC capsule when speaking, and keep the distance between the voice amplfier and the MIC more than 60 cm.

2.10w power output, sound coverage up to 800㎡,its loud and clear voice is enough to meet the basic needs of public address.

The wireless microphone factory Setting have been paired successfully. you can use it directly. If the microphone has no sound or the microphone is disconnected, you need to manually pair it.

The voice amplifier cannot be used while charging.

When in use, the voice amplifier and wireless microphone should not face directly to avoid noise.