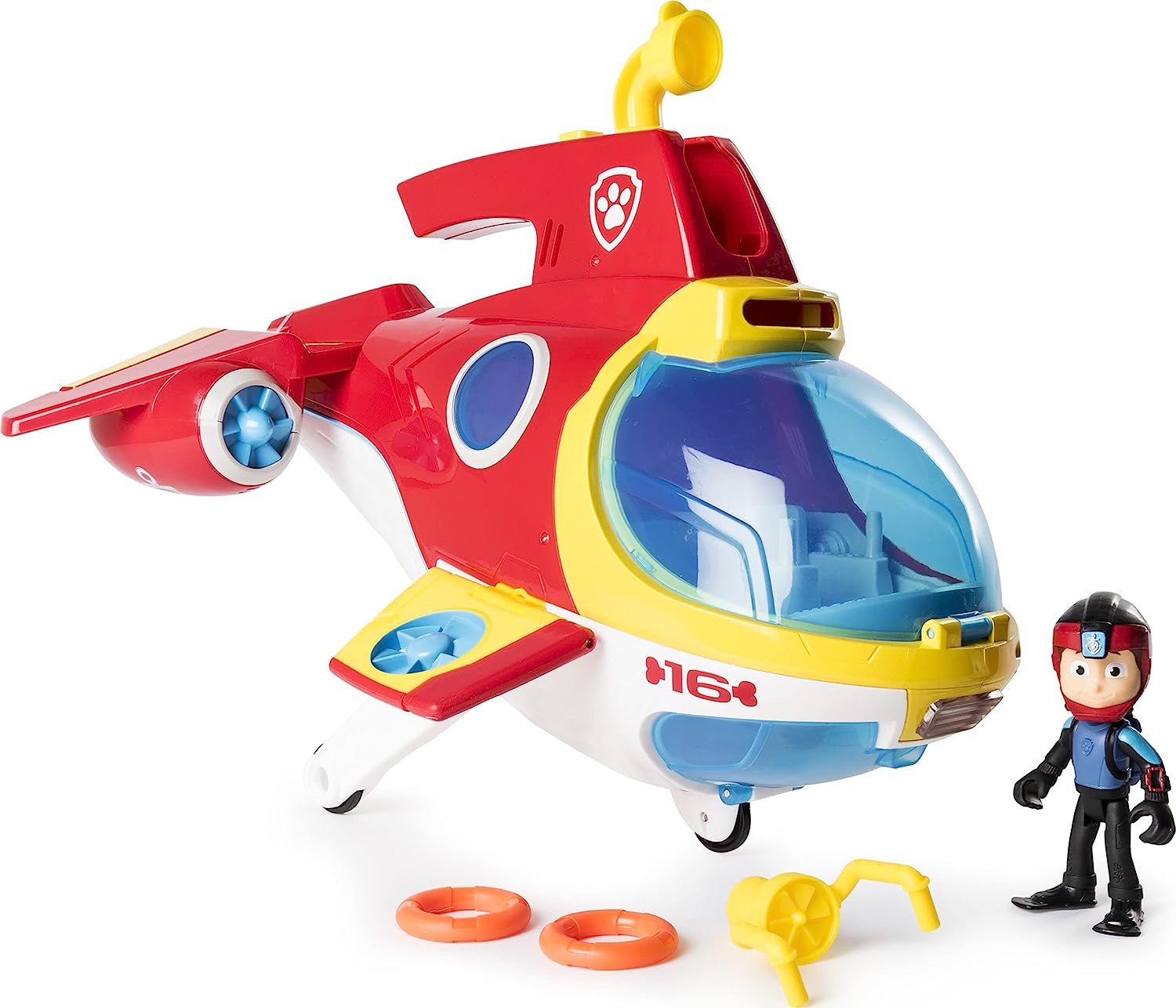 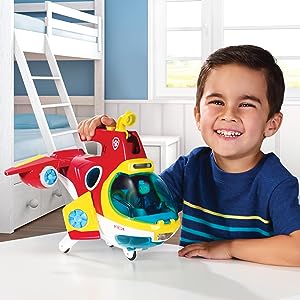 Dive into adventure with the Sea Patrol’s rescue vehicle: the Sub Patroller! Designed to take pups on action-packed rescue missions, the Sub Patroller has all kinds of features for kids to explore! Go from sky to the sea by switching from hover mode to sub mode! Push the yellow button to activate flashing lights and hear sounds from the pups’ sea adventures! Launch the life rings and open the escape hatch so Ryder can swim out to sea and save the day! What treasures will you find at the bottom of Adventure Bay? The Sub Patroller is made for kids aged 3+. It is equipped to sail the imaginary sea, but cannot be submerged in water.

What’s in the Box/Battery Requirements: